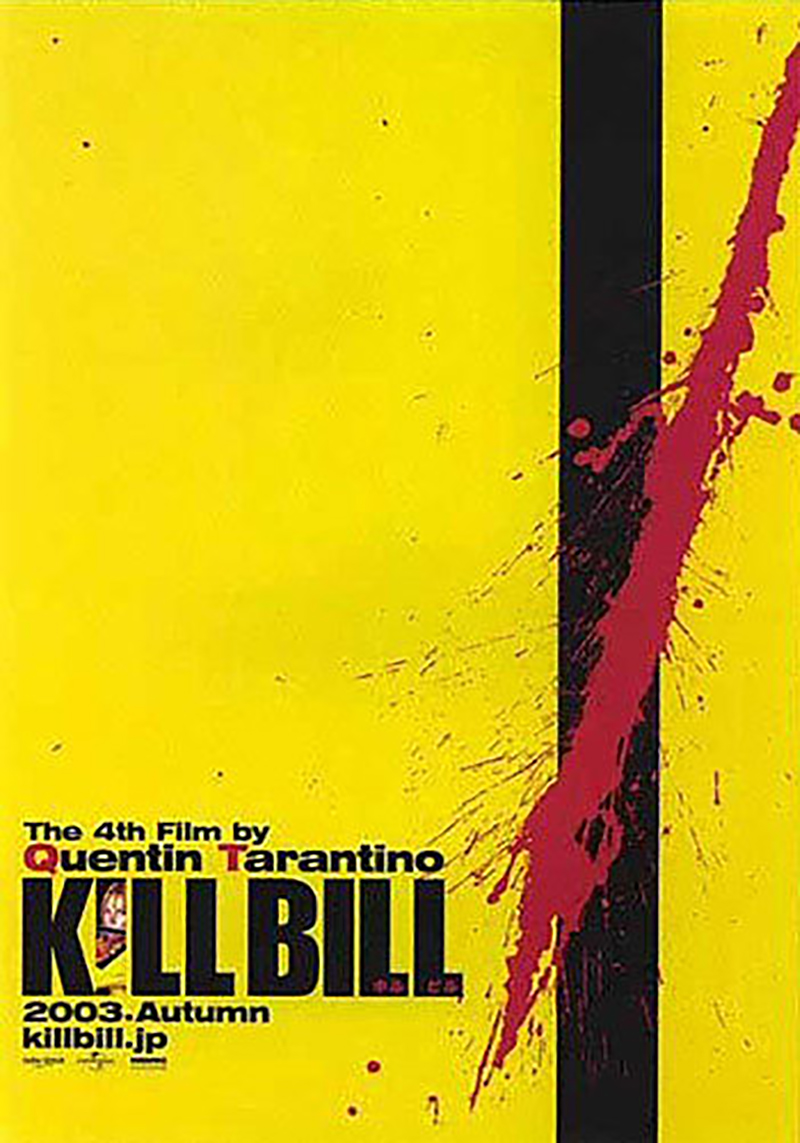 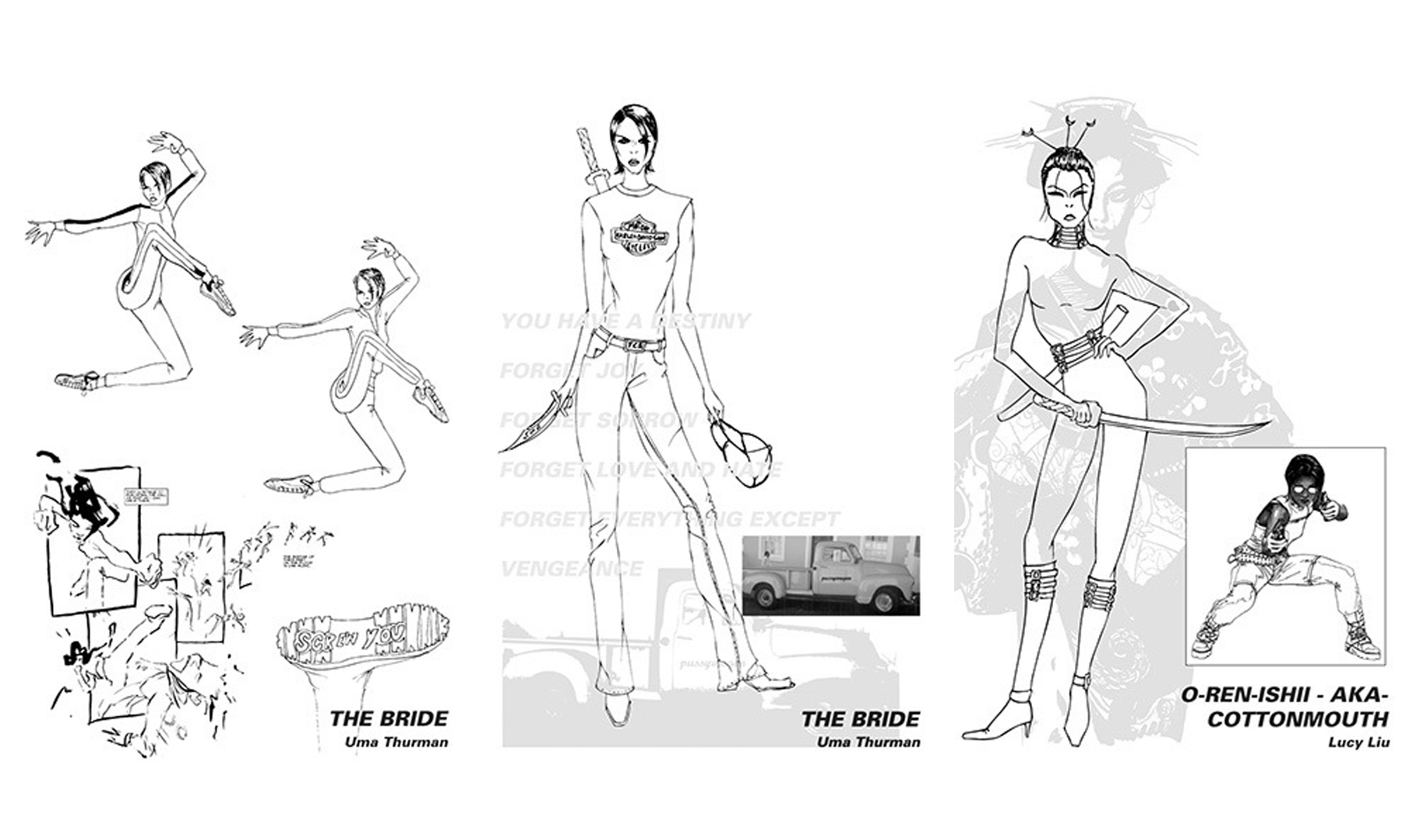 I had just returned from South Africa and was chatting up a clerk I knew at a Starbucks in the West Village. We were chatting about actor Samuel Jackson. A fellow on the line interrupted me and said he had discovered him. My response was that “You don’t look like Spike Lee.”

This fellow was Quentin Tarantino. Immediately we became friends and spent a few weeks looking at Martial Art movies and discussing various comic books he was working on, including Kill Bill and the first draft of Inglorious Bastard. He would read the dialogue while wearing a vintage black leather Trench Coat.

I got a call a year later asking me to contribute to the film, although it was eventually costumed by Catherine Marie Thomas. The work I conceptualized was kept in the movie. The Asics sneaker tread was inspired by the main character in Kabuki comic books by David Mack. The costume worn by Daryl Hannah was a directive from Tarantino; it was loaned to the film by Moschino. Designer Carol Christain Poelle created the eyepatch, a plastic lens she could see through. The jacket worn by Uma Thurman was made by Dolce Gabbana.

The Asics company didn’t want to participate in the film. I took a car to their California office and convinced them this would be a good idea. They agreed after I gave them a tour of the film’s production office called “Fu Manchu” Productions. The rest is history.