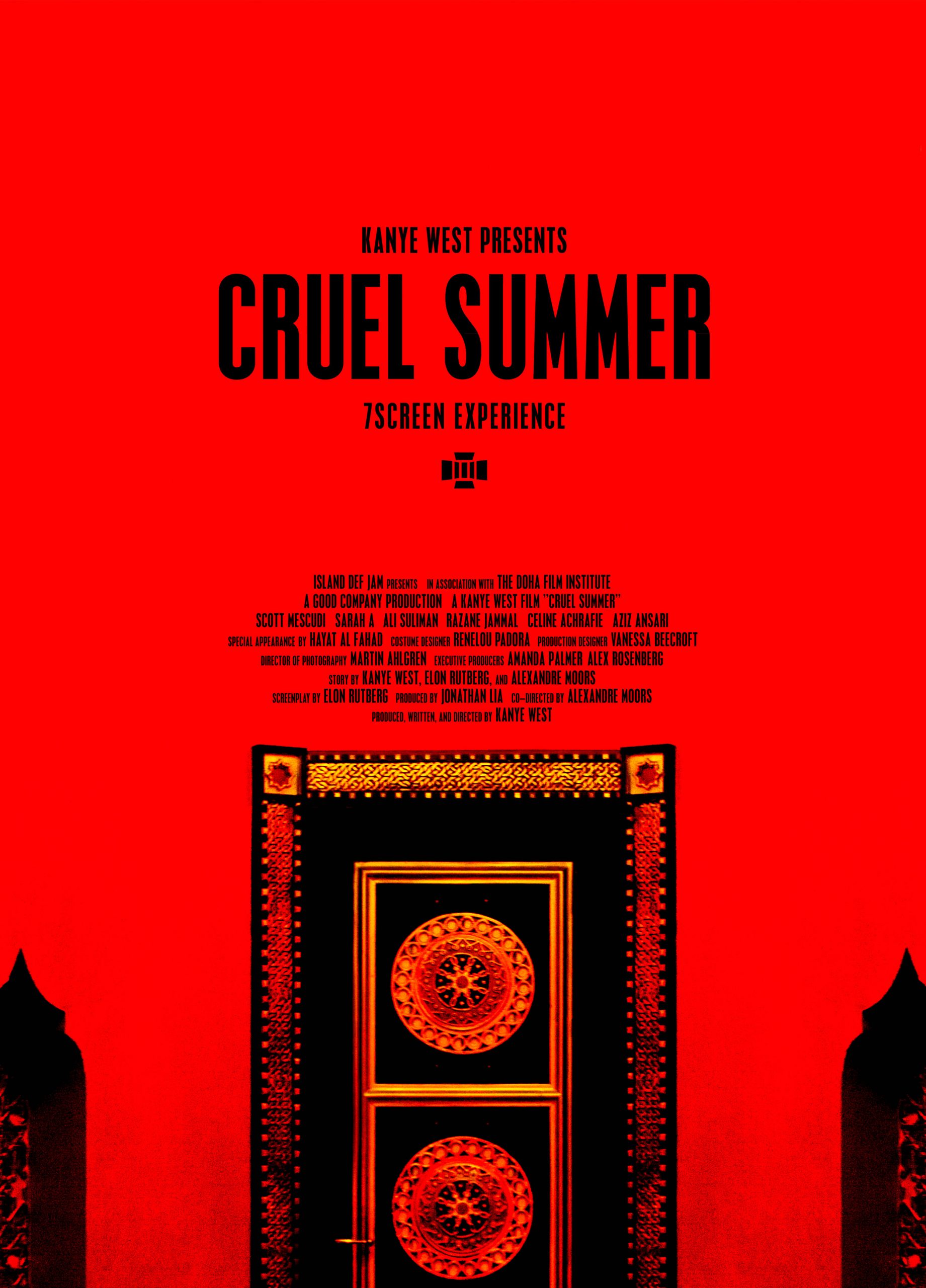 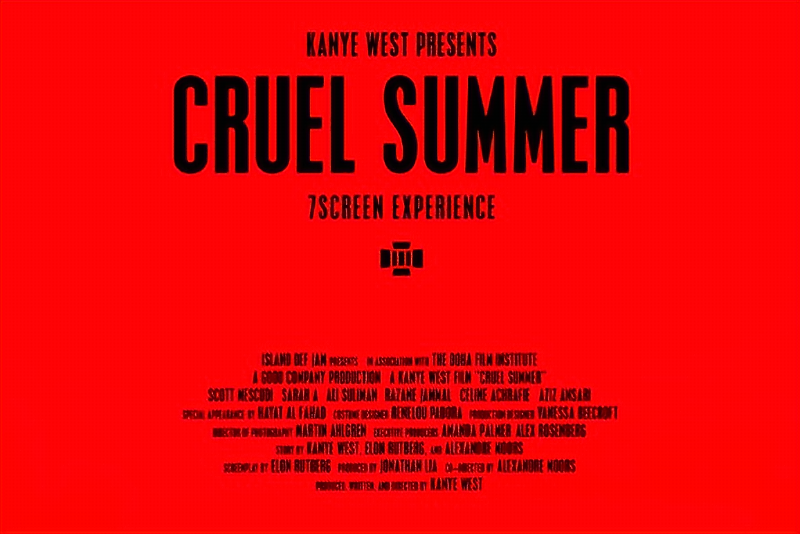 Cruel Summer was filmed over several weeks in Doha, Qatar with the Doha Film Institute. I created the costumes with stylist Reni Lui, Vanessa Beecroft, and the local craftspeople. I ran the workroom for the team.

The film is a fusion of short film and art installation, an immersive seven-screen experience The film starred comedian Aziz Ansari, Kid Cudi, Lebanese actress Razane Jammal (“Djinn”), and Palestinian actor Ali Suliman (“The Kingdom”). The film premiered at Cannes and has never been shown outside of that festival.