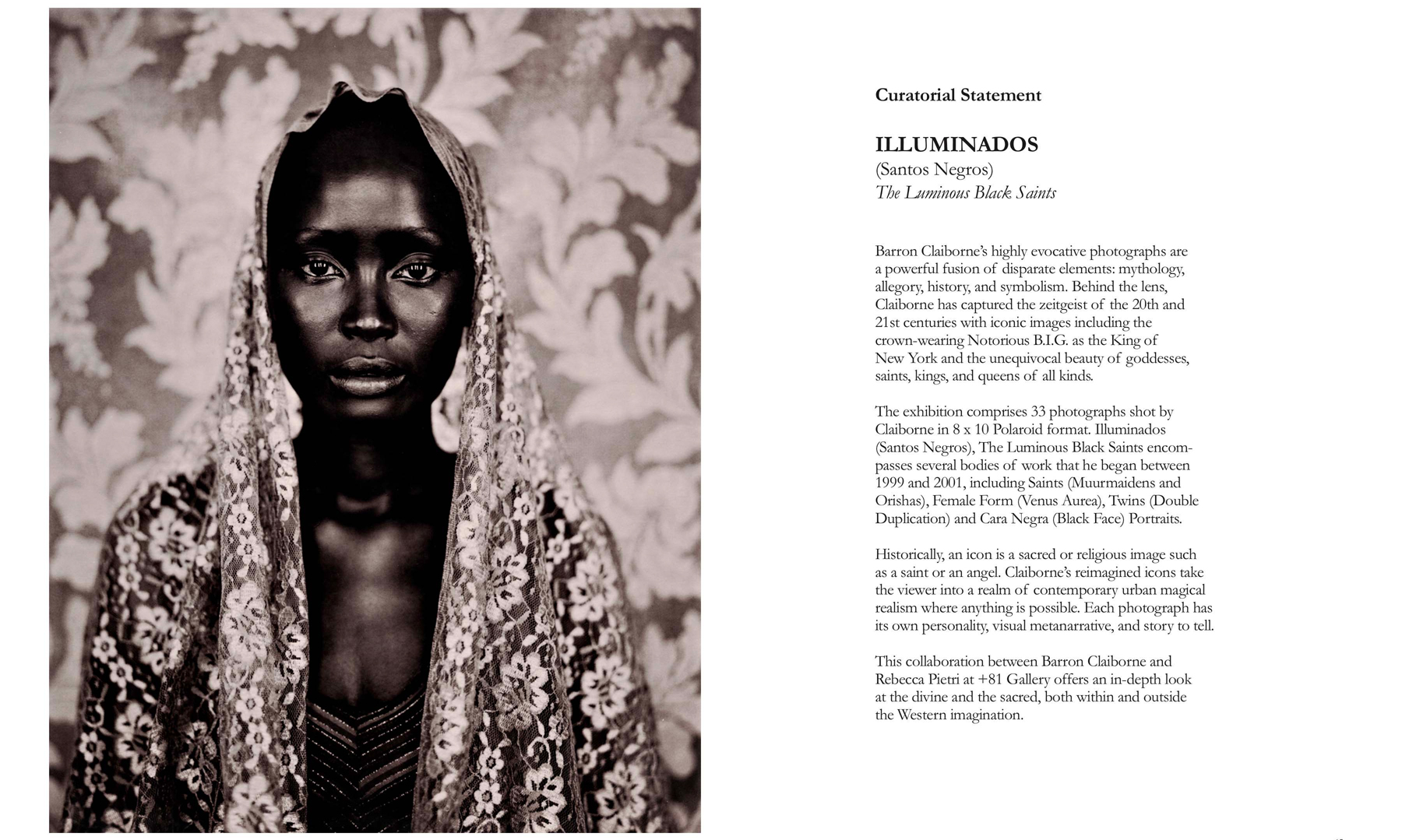 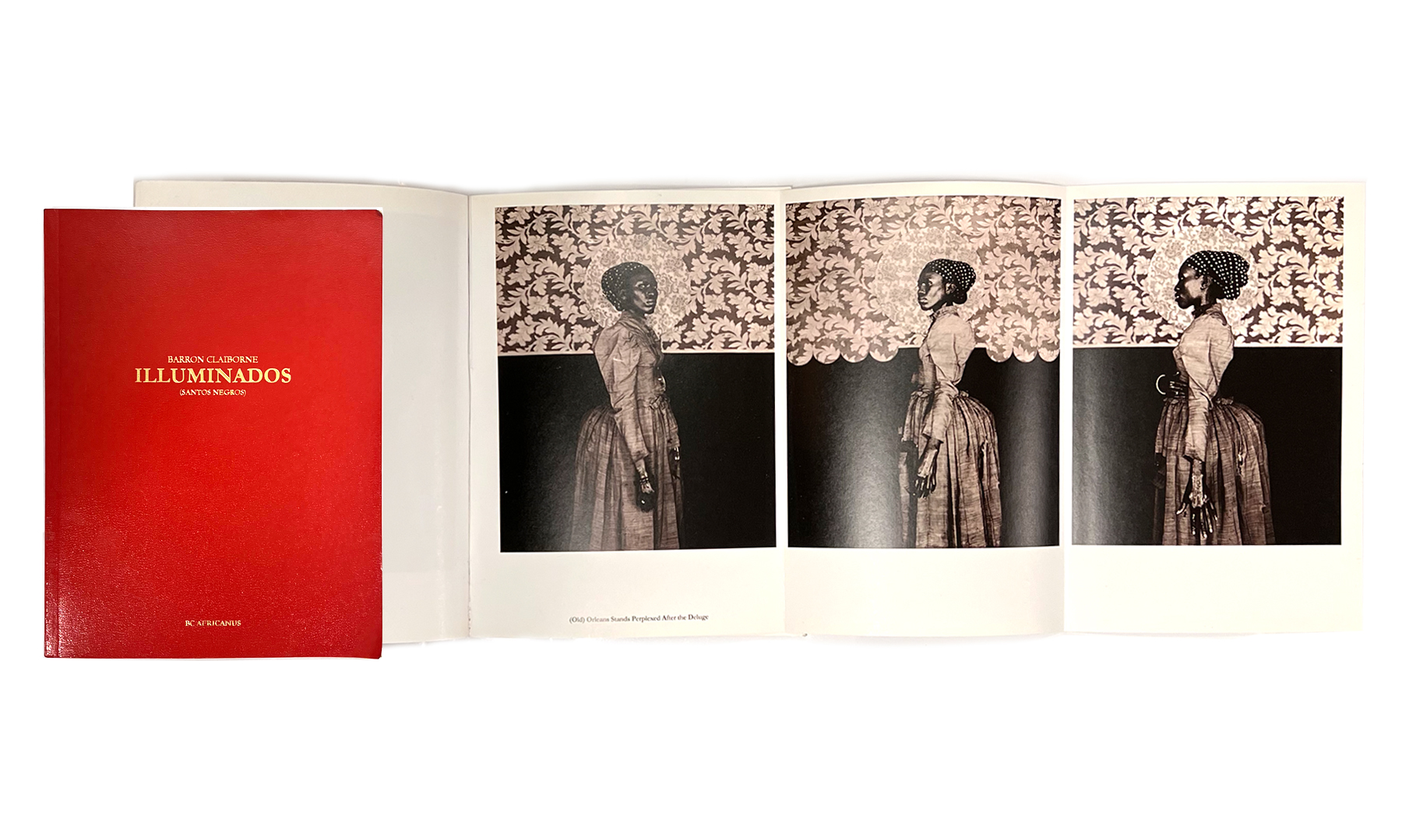 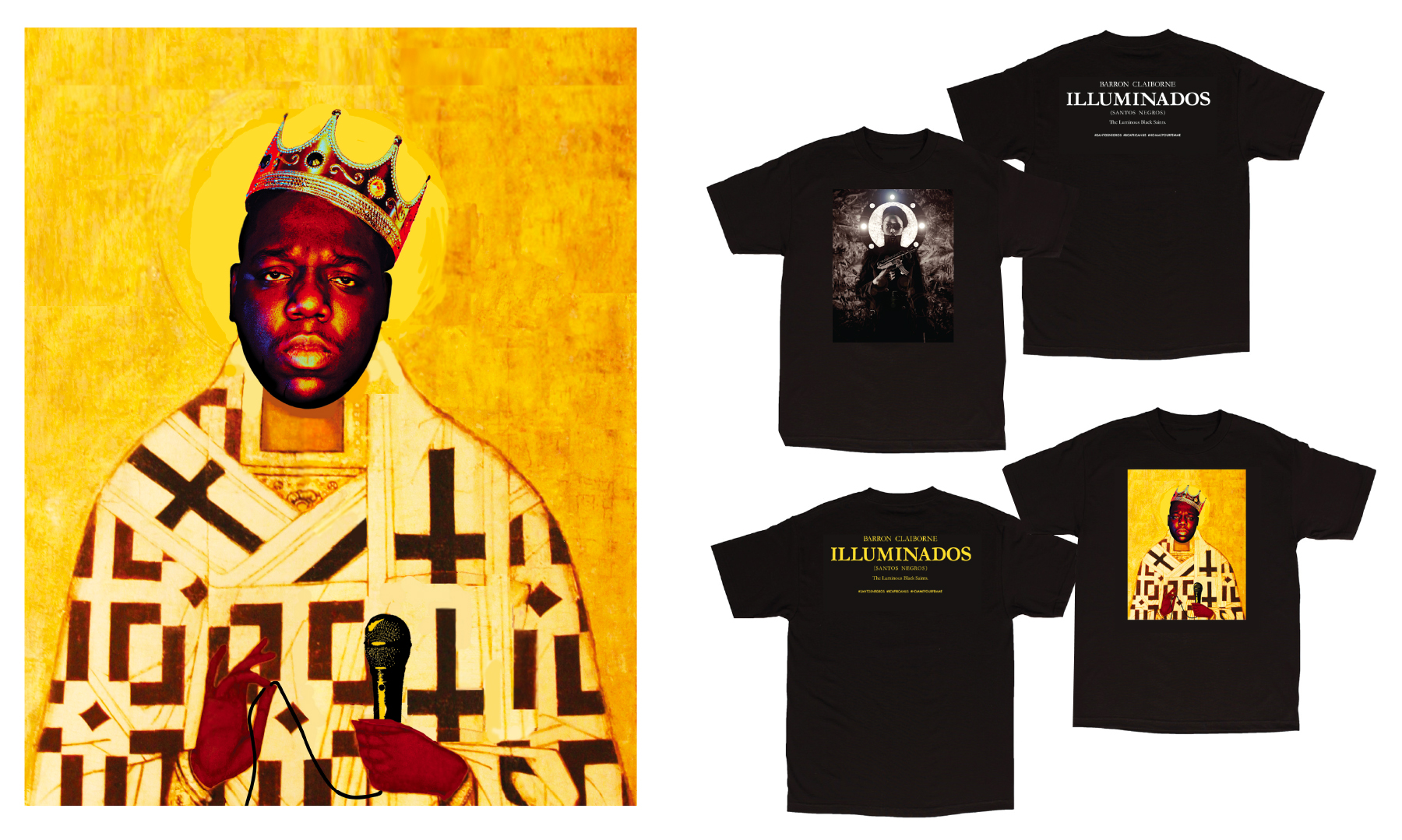 Santos Negros Illuminados translated as The Luminous Black Saints. One of the first and only solo presentations of artist/photographer Barron Claiborne. This show was curated as a response and contrast to The Metropolitan Museum’s exhibit called The Catholic Imagination. Barron’s use of fashion, celebrity, and African spirituality juxtaposed with western idolatry provide a poignant contrast.

The Illuminados Santos Negros, The Luminous Black Saint exhibition was made accessible in a way most art shows are not, focusing on merch, t-shirts, buttons, candles, and church fans with a limited edition catalog available to the public at under $100.00.

The merchandise was inspired by religious candles and talismans. found in  Botanicas (spiritual/religious supply stores) in African American and Hispanic neighborhoods in New York. This exhibition featured a new interpretation of Notorious B.I.G. as the (K.O.N.Y.) as Saint Christopher; this piece was designed to replicate laminated religious cards with a Saint Christopher Pin replacing the traditional medal.

I created the overall concept and collaborated with Dina Helel of The Whitney Museum and others, curating writing, publishing the catalog,  designing, and producing the merchandise.

Barron Claiborne has produced an important body of work beyond the K.O.N.Y image that he is credited for.  It was my goal that the audience appreciated the layers and depth of the full body of work by this talented artist.