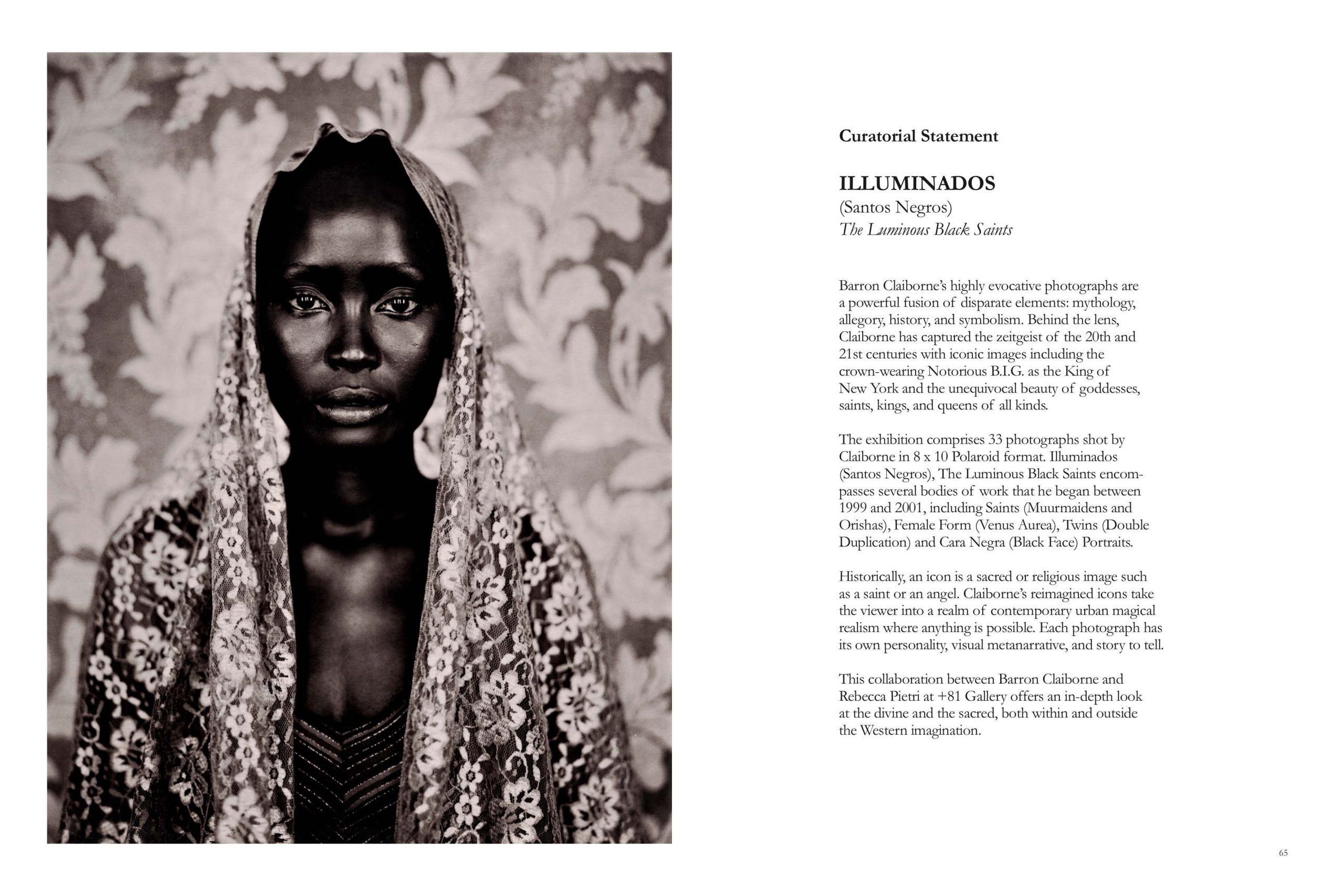 This is an excerpt from the catalog of the first solo show of the work by photographer  Barron Claiborne.  This limited edition catalog featured a new Biggie Smalls image and was created in collaboration with Dina Helel of The Whitney.

Barron Claiborne’s highly evocative photographs are a powerful fusion of disparate elements: mythology, allegory, history, and symbolism. Behind the lens, Claiborne has captured the zeitgeist of the 20th and 21st centuries with iconic images including the crown-wearing Notorious B.I.G. as the King of New York and the unequivocal beauty of goddesses, saints, kings, and queens of all kinds.

Historically, an icon is a sacred or religious image such as a saint or an angel. Claiborne’s reimagined icons take the viewer into a realm of contemporary urban magical realism where anything is possible. Each photograph has its own personality, visual metanarrative, and story to tell.

This collaboration between Barron Claiborne and Rebecca Pietri at +81 Gallery offers an in-depth look at the divine and the sacred, both within and outside the Western imagination.

The exhibition received press in PDN Reimagining The Divine