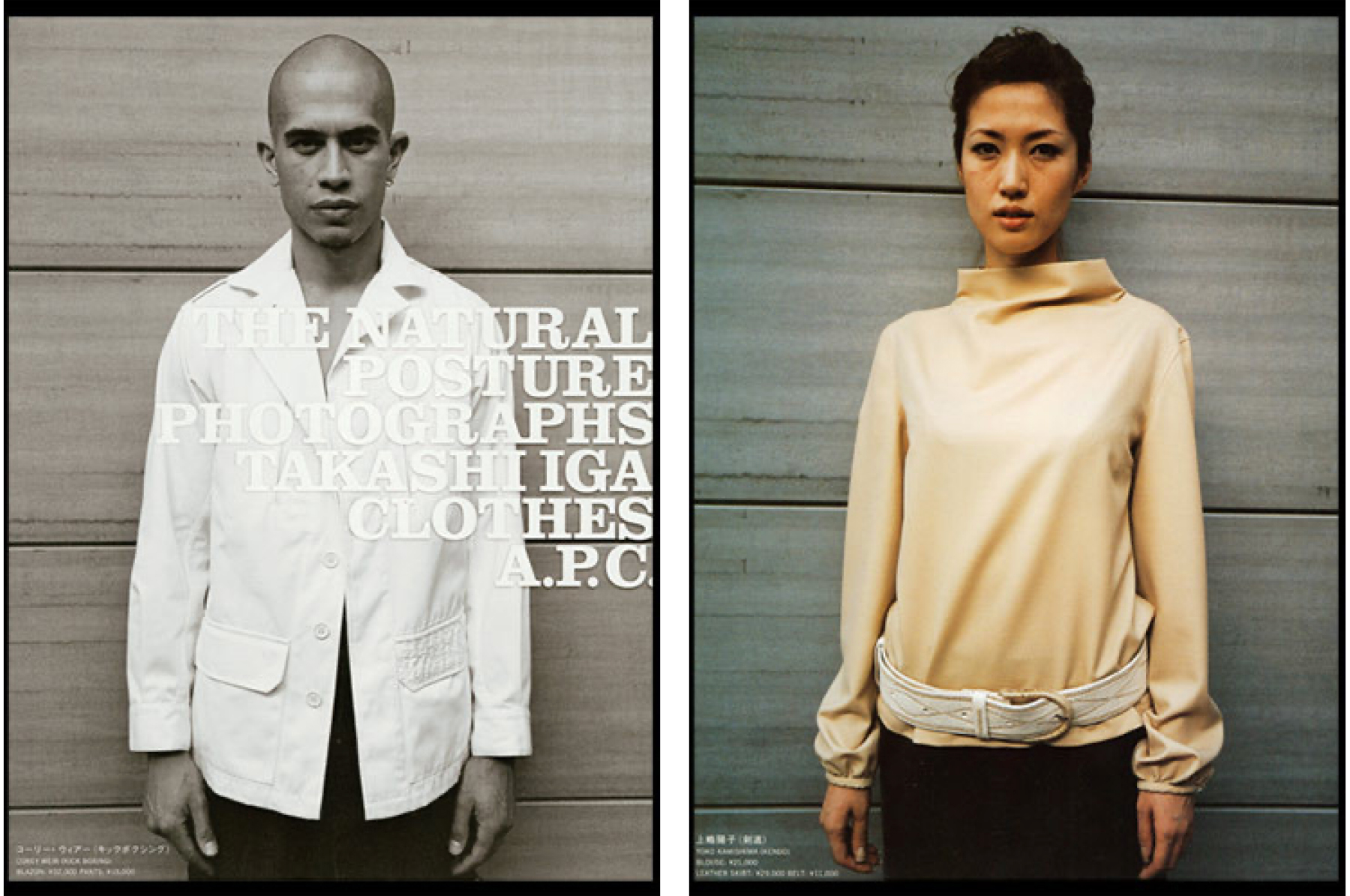 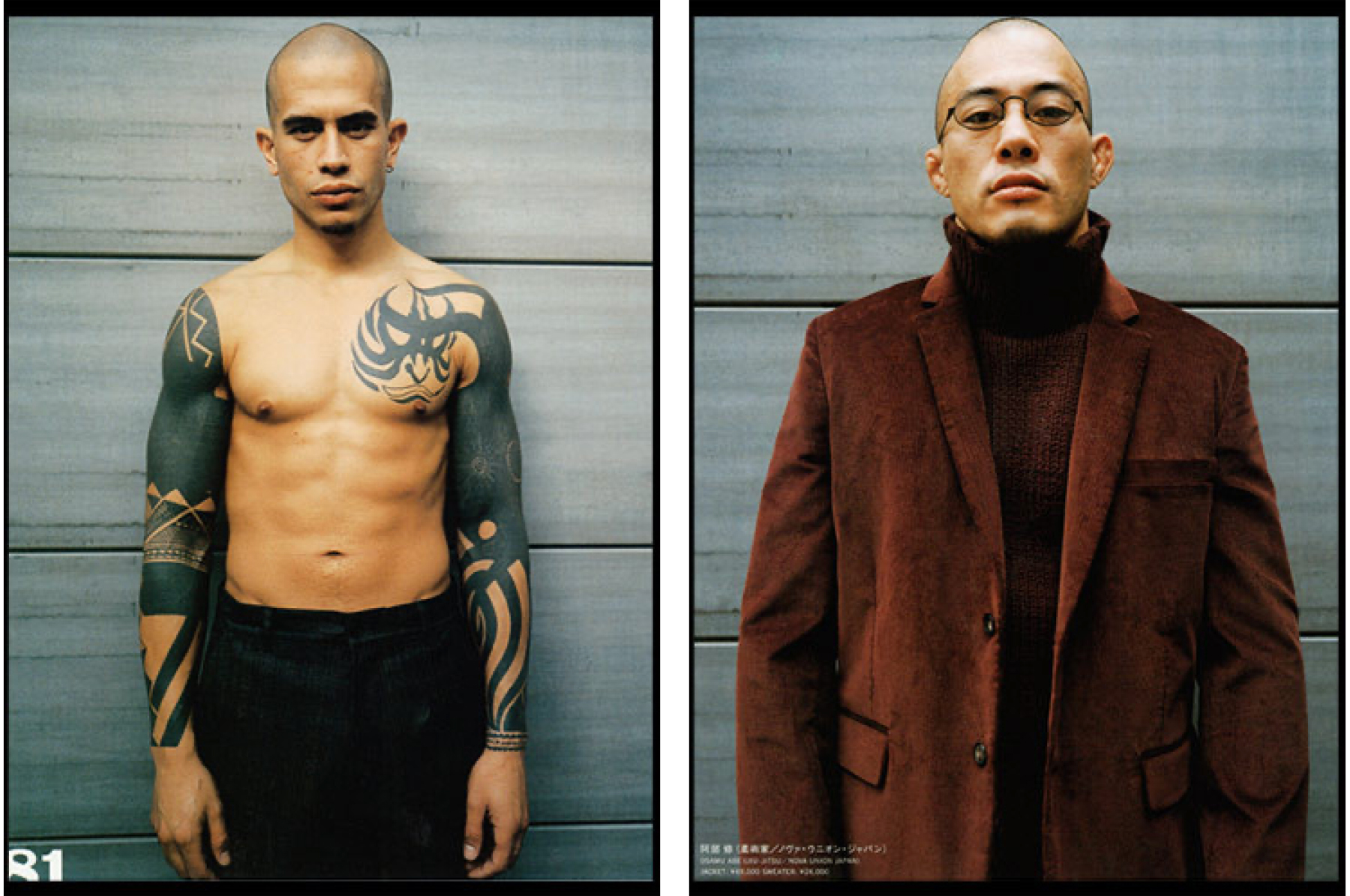 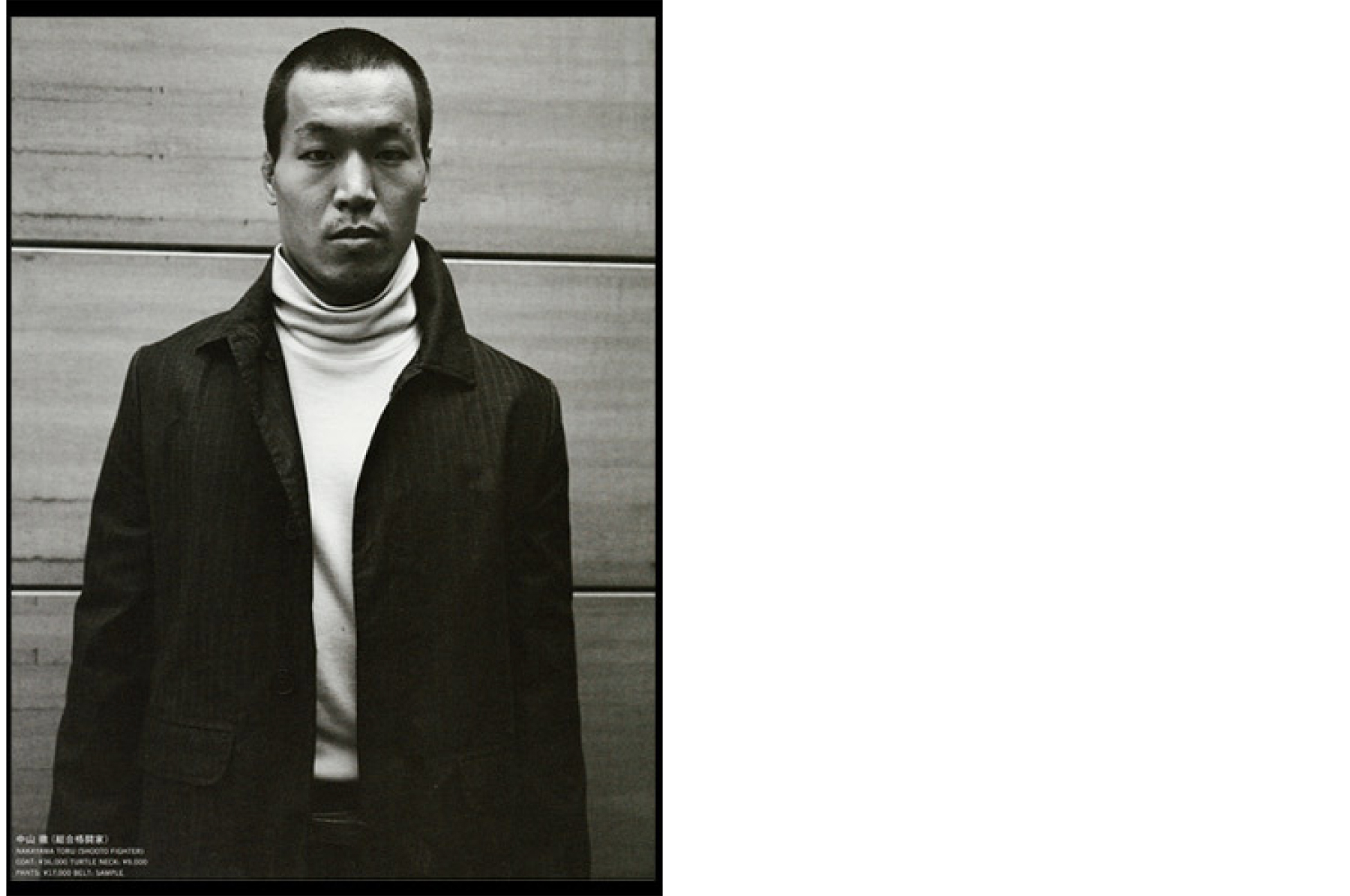 These photos for A.P.C. appeared in the now-defunct magazine Dune. I was on tour in Japan and was able to participate in this shoot despite speaking no Japanese. This shoot worked with the idea Vernacular Style of  “no styling.” The models were from a martial arts school in Tokyo. All of them are high-ranking martial artists, which contrasts the “normal” clothing. This photo aligned with the A.P.C. founder’s manifesto: “I want to continue to make fashion by creating wearable clothing that allows people to feel like they are themselves and not the puppets of a stylist.”